Here’s the thing, there isn’t a nearby Aldi where I live, but I’d heard interesting things.  People told me that Aldi had great Italian cheeses at absurdly low prices, easily available bottled cherries, canned pumpkin and fish pates. 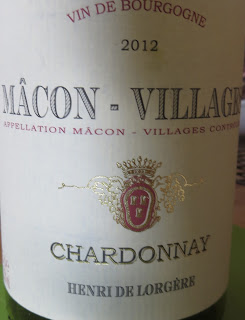 Whilst Aldi have been advertising that you can get all of the products you can buy in a traditional supermarket, but at lower prices if you don’t mind unfamiliar brands, they’d forgotten to advertise to me.  I don’t much like supermarkets, so the chance to go to a smaller, busier one with bargain hunters didn’t appeal, however, when I heard people describing what sounded like a great European deli, with a cheap line in staples I gave it a go.

I behaved irrationally.  I bought all sorts of oddities.  The single serve Camembert in breadcrumbs seemed like a good idea at the time, the strange packaged cous cous really was a good idea.  The Greek seasoning mix hasn’t yet been samples, but the bottled cherries and tomatoes were a hit.

I was baffled by the booze aisle.  There was some fairly grim looking stuff, but up on the higher shelves, looking alarmingly dusty, was an interesting looking selection, with Fleurie, Champagne, Bordeaux and what looked like an array of Languedoc wines which could have gone either way.

I thought I’d ease in gently and try a Macon Villages for under a fiver.  I was pleasantly surprised.  It was good, at least as good as wines that cost 50% more.  It smelled rich and creamy, and it had a good hit of lemony acidity, it was drinkable to a distinctly more-ish degree.

Next time I’m passing I’ll stop in and try some other wines, and if they work as well, I may even make a detour to shop there on purpose.