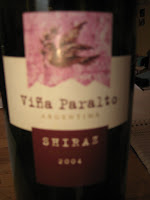 I spent a whole day making red onion marmalade. It took a lot longer than I expected, and made a lot less than I thought it would.
I used a cheap bottle of wine that had been lurking in the kitchen for a couple of years. It tasted a lot better than I thought it might, which made the marmalade better than it might otherwise have been.
The marmalade was really good with cheese, but I don’t think I’ll spend another day doing it.

One thought on “Red Onion Marmalade”